Sean: Since I started my new job, life has become more hectic and stressful. This job puts me under a lot more pressure than my last one did, though to be honest, it has more to do with the fact that my last job was actually just super chill (this fact probably didn’t help the company much when they had to close their doors in December). My current gig is definitely much more representative of what working at a fast-paced tech startup is like.

So that’s my excuse for why we haven’t written a post in a little over three months. That’s not to say though that we’ve stopped eating out and trying to find new, delicious food spots! Trust me when I say there are quite a few great restaurants we’ve been to since our last post in mid-March 😉 We have a long backlog, and hopefully many posts coming soon. 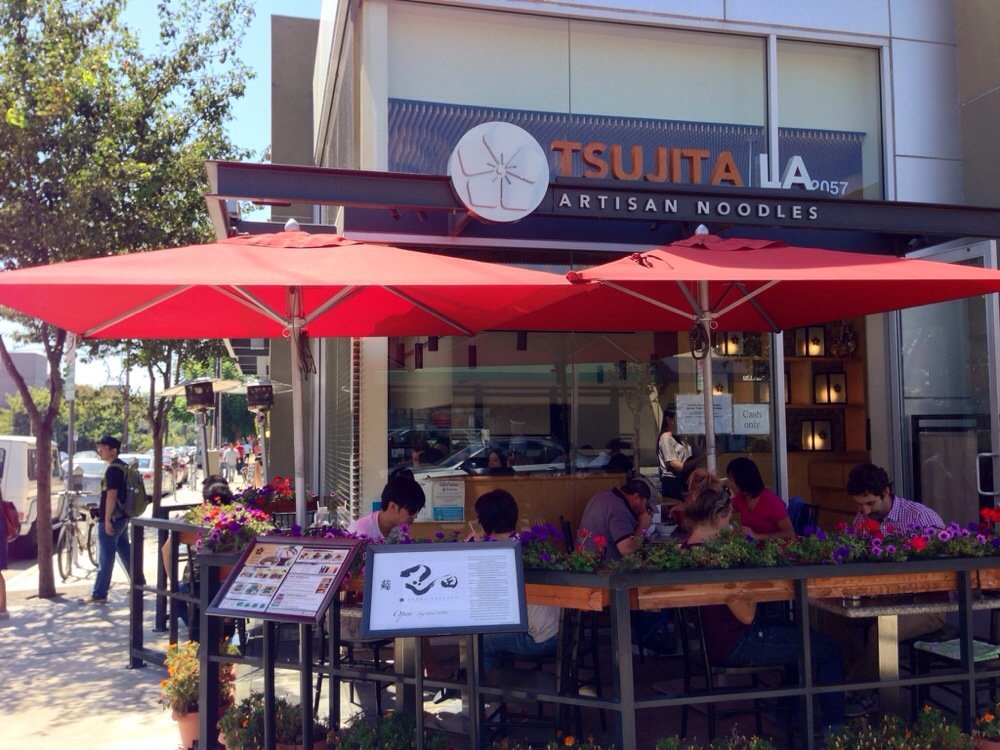 A few of my new coworkers are foodies as well, and I’ve gotten many recommendations for places to try from them. I stopped by Tsujita after work on a Friday evening. The entire street was thronged with people walking around on both sides, with long lines snaking out of multiple restaurants. Tonight, it was just me, since Mengsha was in Switzerland for an academic conference. Many people consider dining alone to be a socially awkward thing to do, but personally I don’t see the problem with doing it from time to time. In this instance especially, the fact that I was by myself allowed me to cut in front of most of the line.

Tsujita is known for their tsukemen, or ‘dipping’ ramen; the noodles and broth are presented separately and it’s eaten like soba, by dipping the noodles in the broth. Personally though, I’m a ramen purist, so I opted for their tonkotsu ramen with extra chashu pork for my first meal here. My bowl of noodles arrived quickly and I was immediately struck by how small the serving size was. Volume-wise, it was probably two-thirds the size of what I’d consider a ‘normal’ serving of ramen.

That being said, the chashu and the broth were the two stand-outs of Tsujita’s ramen. I like my chashu to have some fatty portions, and the chashu here was just the right proportion of fat to meat content. Tsujita’s broth was also much cleaner than what I’ve had at places like Tatsunoya and Ippudo, where they like to add a dollops of spicy sauce, garlic oil, and/or pork back fat to add more depth to their broth. Tsujita’s broth had none of these; it was simply a clear tonkotsu broth, but it had just as much depth as any other good ramen broth I’ve had. Their menu boldly proclaims that they simmer their broth for 60 hours to achieve this feat. Perhaps that’s all there is to their broth, but who can really say without working behind their counter?

Because of the serving size though, I wasn’t full by the time I slurped up the last bit of my broth, so I ordered their chashu don (rice bowl topped with slices of chashu), since I really enjoyed their chashu and wanted to sample more of it. Boy, if I thought the chachu was good when I first tried it in the ramen, the chashu don took it to the next level. Here, the pork was coated with a slightly sweet and peppery sauce that made for an amazing and delicious flavor profile combined with the rice and scallions. I definitely moaned aloud more than once. 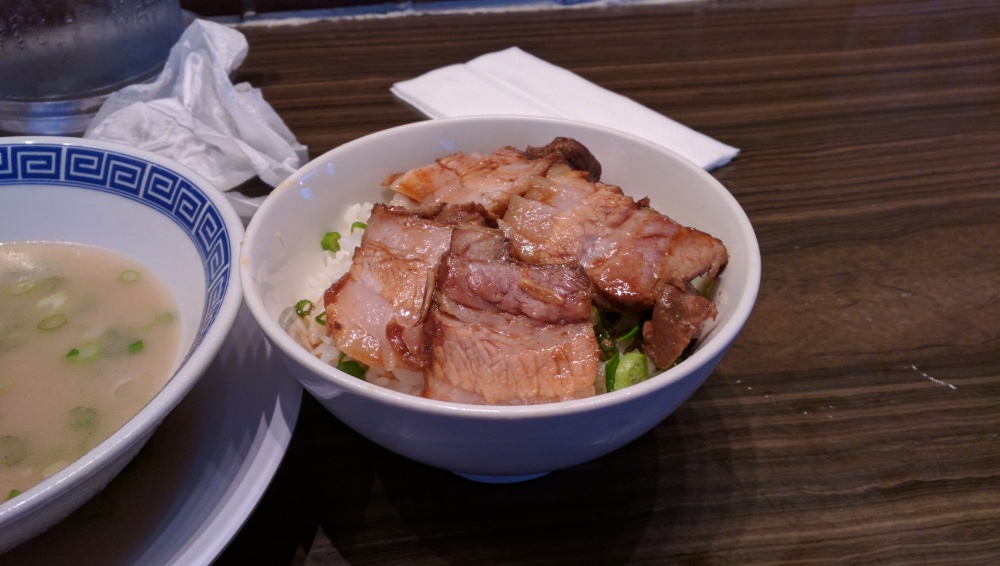 I walked away extremely satisfied, and more full than I’d felt in a long time. If I had judged Tsujita just on the strength of its ramen offering, I would have said that it only slightly edges out Tatsunoya. The chashu don widened the gap considerably. My one complaint then is that the meal was by virtue more expensive than at other ramen shops, where I typically only order a bowl of ramen. The chashu ramen cost $13.95 and the chashu don cost $3.99. With tip I paid $21. While I was initially disappointed with Tsujita’s ramen serving size, I wouldn’t have ordered the chashu don had this not been the case; it ended up being a blessing in disguise! I’ll definitely be taking Mengsha here sometime. Plus, they’re open until 2am. A post-midnight ramen run sounds like an extremely enticing idea to this particular ramen lover.
4.5 stars